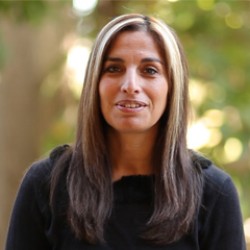 Doriana Goins has served in full-time ministry since 1992 where she first began serving in her hometown of Bariloche in Argentina. In 1994 she married and moved to the United States with her husband.  In 1997 they moved to Daytona Beach, FL to serve as Associate Pastors.  Then in 2007 they returned to Argentina to pioneer a new ministry with her husband and two children called "Worshipers Network" with the goal of train worshipers and musicians to go beyond the ordinary, but to enter into a place where they can capture the heart of God and release it over His people.